Home / Blog / Why Love Is a Neurochemical Roller Coaster

Love makes your happy chemicals surge, but they always dip

Love triggers dopamine, serotonin, and oxytocin. That’s why it’s so motivating. But happy chemicals come in spurts. They do their job by turning off after they turn on. When your happy chemicals dip, you might interpret it as a loss of love. That turns a natural fluctuation into a crisis. You are better off knowing why love makes happy chemicals go up and down.

Dopamine is the great feeling you get when you find your missing keys. It’s the neurochemical that evolved for seeking and finding. Animals sniff around for food and mating opportunities, and when they find something that meets their needs, dopamine surges. But the surge is short. Dopamine does its job by dropping after it rises, so it’s ready to alert you to the next chance to meet your needs.

When you find your keys, you don’t expect that great dopamine feeling to last. But when you find “the one,” you make so much dopamine that you assume you will soar forever. When the dopamine finally subsides, you wonder what’s wrong. You might even blame “the one” for having changed.
I am not saying we should keep seeking new mates to stimulate dopamine. I’m saying we did not evolve to be on a dopamine high all the time.

Oxytocin is the neurochemical that causes trust. It’s released during orgasm, and in smaller amounts when you hold hands and when animals lick their babies. Oxytocin is the good feeling of a common cause, from a political rally to a football huddle to honor among thieves.

Reptiles release oxytocin during sex, but mammals produce it all the time. That’s why reptiles stay away from other reptiles except when mating, while mammals form attachments to relatives and herds. The more oxytocin you release with a person, the more attached you feel. More touch, more oxytocin, more trust. But trust gets complicated in the human brain. You trust a person to live up to your expectations, and don’t realize how complex your expectations are. Eventually, your loved one fails to meet your expectations, and you fail to meet theirs. 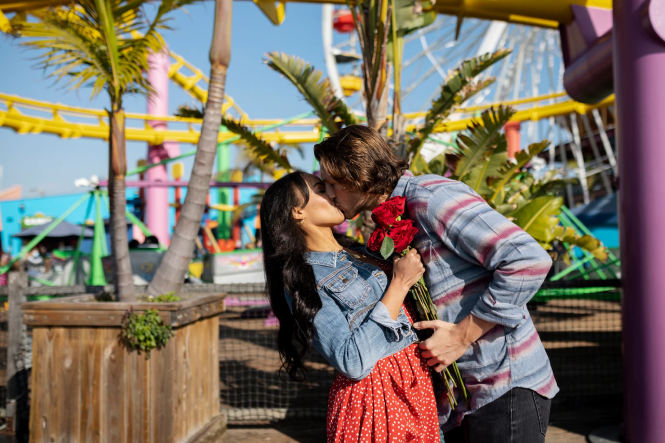 To your mammal brain, any loss of trust is a life-threatening emergency. When a sheep is separated from its flock, its oxytocin dips and its cortisol surges. Cortisol is the feeling we experience as fear, panic, or anxiety. It works for sheep, motivatin

g them to re-connect with the flock before they’re eaten alive. In humans, cortisol turns disappointed expectations into emergencies.

Your love is pure and untainted by social status, of course. But in other people, you can easily see that status magnifies the neurochemical power of love. In yourself, you have to admit that the romantic attentions of a higher-status person trigger strong feelings. And if you fall for someone who just happens to raise your status, you can’t deny that it feels good.

But your brain always wants more respect to get more serotonin. Your loved one may give you that feeling at first, by respecting you or helping you feel respected by others. But your brain takes the respect you already have for granted. It wants more respect to get more good feelings. That’s why some people constantly make more demands on their loved ones, and others constantly seek out higher status partners. We’d be better off if we understood the origins of our neurochemical impulses.

Animals are surprisingly picky about who they mate with. Free love is not the way of nature. Sex has a preliminary qualifying event in every species. Animals only have sex when the female is actively fertile (except bonobos). Female chimpanzees only have sex every five years. The rest of the time they’re pregnant or nursing, and without ovulation the males aren’t interested. When opportunity knocks, it’s a big deal. Brains good at navigating such hurdles got passed on, and natural selection produced a brain bent on doing whatever it takes to reproduce itself.

Happy chemicals evolved because they get us to do things that promote reproduction. That doesn’t make sense in our world of birth control and sustainability pressures. But in the state of nature, lots of babies died, and you had to really focus on making babies to have a few that survived. You may not care about making babies, but your brain is inherited from those who did. Natural selection created a brain that rewards reproductive behavior with happy chemicals.

Love promotes reproduction, so it triggers a lot of happy chemicals. Sex is just one aspect of reproductive behavior. It’s important—love motivates you to move mountains in order to be alone with that special someone. But the survivability

of your offspring is what mattered to evolution. And that depends on building bonds of attachment, and competing for top quality mates. Of course, your love is above such biological banalities. But happy chemicals feel so good that your brain looks for ways to get more. Neurochemicals do their job without words, and we look for words to explain the crazy motivations they create in us. 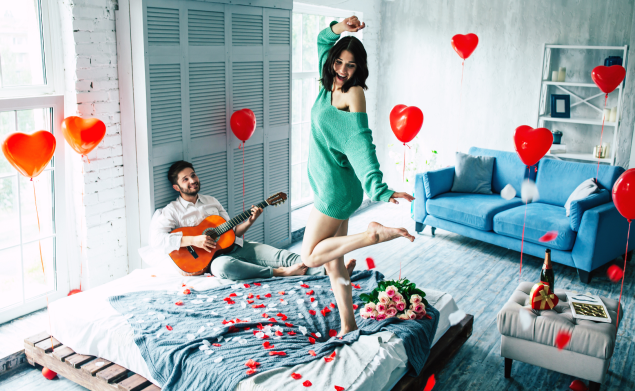 Happy chemicals give us information that’s hard to interpret. For example, if I watch a football game and burst with excitement when myteam scores, I see thousands of others share my reaction. It feels like they understand me. Why doesn’t my partner understand me when thousands of others do? The answer is simple. Spectator sports trigger oxytocin, as do politics, religion, and other group activities. You get a good feeling of trust. Of course, trusting a large number of people in a limited way is not the same as trusting one person in a comprehensive way. But to your mammal brain, it’s all the same oxytocin.

We want all the happy chemicals we can get. You expect some from romance, and some from other aspects of life. But no matter where you get them, happy chemicals sag after they spurt. When you know why, you can manage your behavior despite the confusing neurochemical signals.

There’s good news here. Don’t blame yourself or your partner if you’re not high on a happy chemicals all the time. Maybe nothing is wrong. You are just living with the operating system that has kept mammals alive for millions of years.

Much more detail is in my book Habits of a Happy Brain: Retrain your brain to boost your serotonin, dopamine, oxytocin and endorphin levels.

END_OF_DOCUMENT_TOKEN_TO_BE_REPLACED 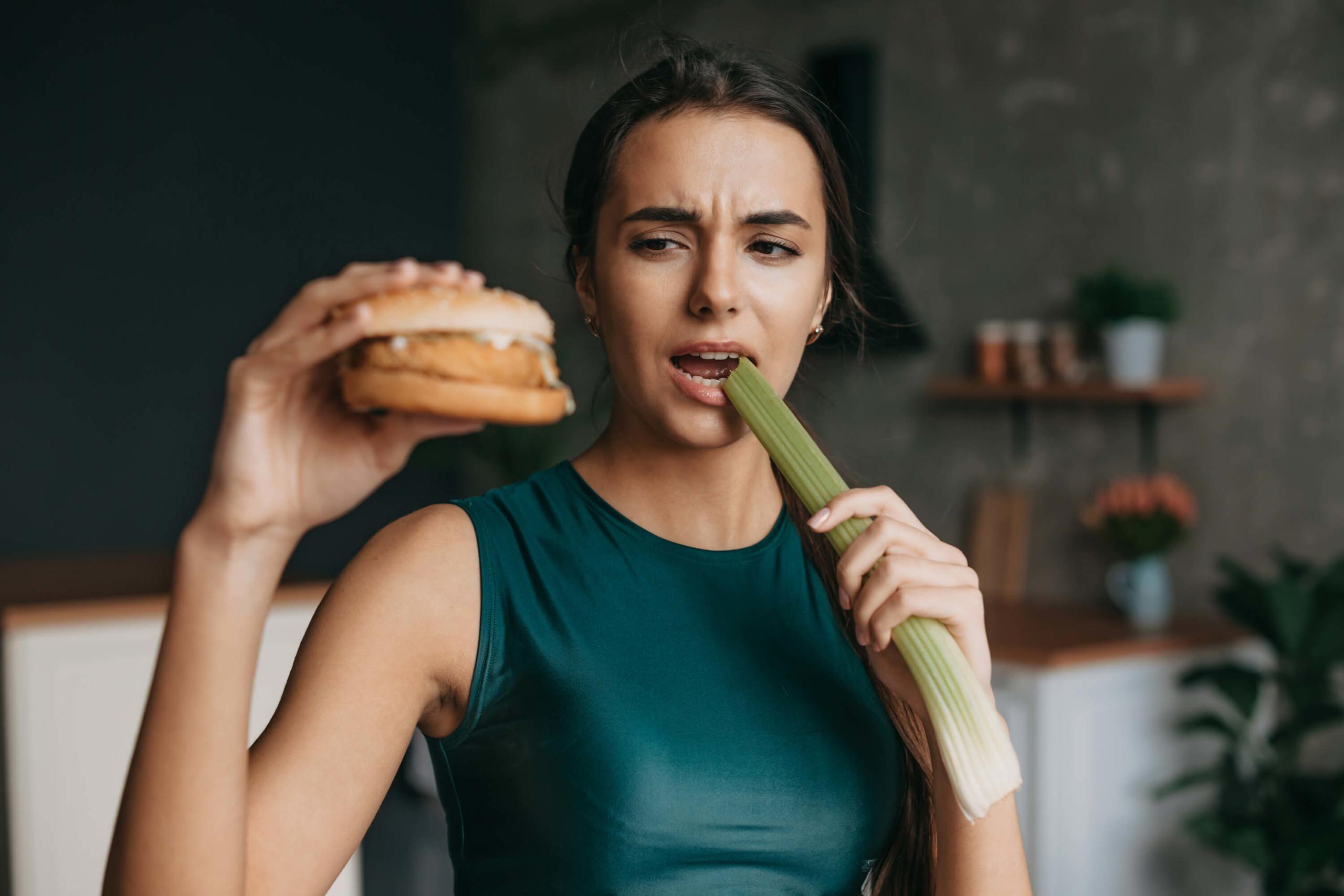 If you have a bad habit, it’s because your brain thinks it’s good for survival. If you eat a donut when you’re annoyed, for example, it’s because...