If you have a bad habit, it’s because your brain thinks it’s good for survival. If you eat a donut when you’re annoyed, for example, it’s because your brain has experienced the donut’s ability to transform a bad feeling into a good feeling. Bad feelings equal survival threats to your mammal brain. Anything that chases away a bad feeling promotes survival from your mammal brain’s perspective.

Of course you know better. But if you feel ignored one day and a donut stops that feeling for a moment, the experience builds a connection in your brain. Feeling ignored is a survival threat in the state of nature because isolated mammals are soon eaten by predators. The donut saves you from the jaws of a lion. Resisting the donut leaves your brain feeling like you’re in urgent danger. “Do something!” it screams. This signal is so hard to make sense of that people often give in and eat the donut.

To replace a bad habit with a good habit, you need to understand what you are asking your brain to do.

The electricity in your brain flows the way water flows through pipes, finding the path of least resistance. If you’ve built a nice big channel in your brain, electricity will go there. If you’ve found something that makes you feel good, it will light up when you feel threatened. To do something different, you have  to build a new neural pathway first. That’s hard to do because the old pathway is already there when you’re feeling bad. 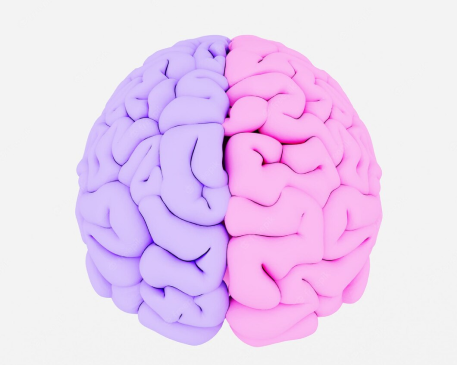 Let’s say you decide to munch on a carrot stick every time you feel ignored. “That’s ridiculous,” you may think. A carrot stick doesn’t feel good. That’s true. Donuts feel good because fat and sugar promote survival in the state of nature. They trigger happy chemicals, which pave neural pathways. It’s harder to build a carrot pathway without that luscious surge of happy chemicals. But repetition can build neural pathways too. If you eat a carrot stick whenever you feel bad, a new pathway will grow. If you repeat this for 45 days, the new pathway will be big enough to channel your threatened feelings without a donut. The carrots will feel as comforting as the donut does now.

Most people don’t do this. Who wants to pull out a carrot stick when they feel bad? Who even knows when they feel bad? Your mammal brain is so good at promoting survival that it lights up the idea of a donut before you’ve even noticed your threatened feelings. No one wants to be conscious of their bad feelings when they could be conscious of a donut. But habits have side effects, and when you want to get rid of those side effects, you have to build a new habit. Here are two success stories.

Joe got a bad grade on a history test, and then went out partying. His bad feeling suddenly transformed into a good feeling. To mammal brain, partying relieves the threat of academic failure. Joe experienced social acceptance at the party, and the surge of happy chemicals paved a neural pathways. His brain learned that way of eliminating threat. Each time Joe felt bad about school he went partying, and the pathway grew. Of course, he knew in another part of his brain that he needed to build his academic skills. But every time he went to the library instead of a party, he felt like he was about to be eaten by a lion. He didn’t understand the feeling, but he knew that a party would make it go away. Joe ignored his studies for many years. 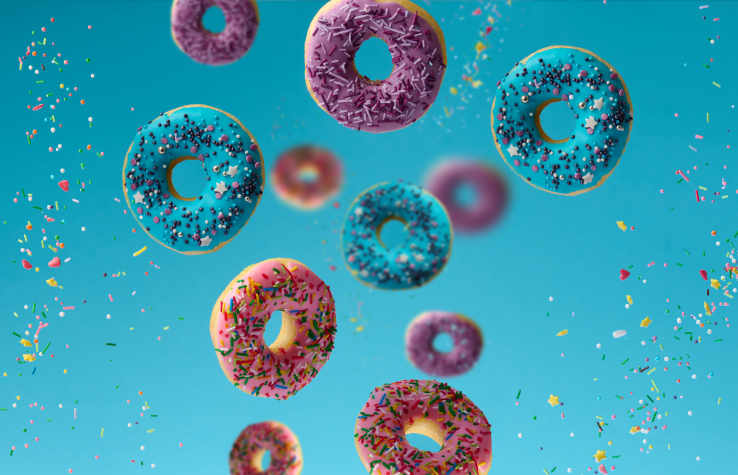 Finally, he had a girlfriend who studied. She actually refused to party with him in order to study. The relationship didn’t last long, but Joe had a chance to notice that studying made her feel good rather than bad. He learned that there was another way to feel about studying. He spent time around other studiers, and eventually it looked safe enough to try. At first, he felt awful sitting alone with a book that didn’t make sense and nothing to look forward to but a test he would probably fail. But a new way of looking at it grew in his brain in 45 days. Studying eventually felt safer than partying. He didn’t consciously think this way, but the electricity in his brain flowed to a new behavior because he had carved a new path for it. The new path developed because he was willing to live with the uncomfortable feeling for the first 44 days.

Jane had a big date so she bought a new dress. She was nervous about the date, but the anxiety disappeared while she was shopping for the dress. After a great date, the nervousness came back. Would he … Could he … Should she … Jane’s brain was searching for social trust because that promotes survival in that state of nature. Social alliances protect a mammal from predators, and without social alliances the mammal brain feels threatened. Jane could stop the threatened feeling by imagining another great date, and shopping for another dress helped her do that. A big neural pathway grew between the act of shopping and her feeling of safety and Jane soon accumulated a large debt. That made her anxious, which lit up her urge to shop. Things got worse for a long time. One day, Jane couldn’t go shopping because her car broke and she had no money to fix it. She stayed home and felt awful. The next day she asked a friend to drive her to the mall, and the friend refused. That felt worse. The day after, Jane was too sick to even take the bus to the mall. A week went by with no shopping. Jane felt like she was going to die, but she didn’t die. Her brain learned that it’s possible to survive that threatened feeling without shopping. When her health recovered, she wanted to go to the mall, but she decided to try waiting one day. The next day she woke up longing to go shopping, but also wondering if she could wait one more day. And so it went for 45 days. Jane’s brain no longer thinks she must shop to protect herself from predators because she has built new neural pathways. Now she can think of so many other things to do that she doesn’t want to waste time at the mall.

You can build new neural pathways in 45 days. All it takes is your willingness to tolerate the feeling that you are about to be eaten by a lion for 44 days. Will you do it?

A detailed support plan for this project can be found in my new book, Habits of a Happy Brain: Retrain your brain to boost your serotonin, dopamine, oxytocin and endorphin levelsYou can stimulate your happy chemicals without donuts or partying or shopping by building new pathways to your happy chemicals.